This fabulous colt is by the 1996 100 Day Test Champion, Amor Reto, and out of the imported Hanoverian mare, Walküre. Walküre competed through PSG and has consistently produced outstanding foals. At the ISR/Oldenburg Foal inspection in 2000 he scored 8.0 for confirmation & type, 7.5 for movements, and 8.0 for Overall impression for an overall score of 8.0. Of the three boys he is the most sensible. He was started last year and we have been riding him lightly this year. We are working toward showing him at a schooling show this fall. 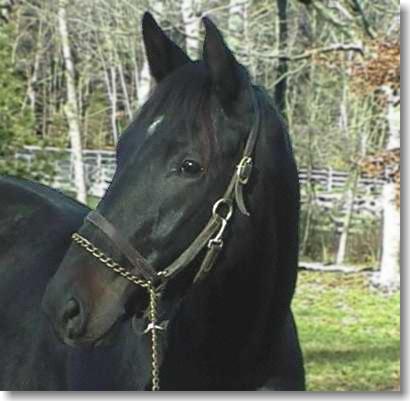 In 2004 he went to his first dressage schooling show and did well, 60.385% in Training Level Test 4. Probably his best characteristic is his willingness to work.